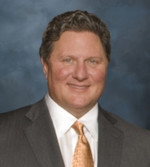 James Flores serves as our Chairman, Chief Executive Officer and President. Since 1982, Mr. Flores has had an extensive career in the oil and gas industry in the roles of Chairman, Chief Executive Officer, and President of five E&P companies, four of which were listed on the New York Stock Exchange. In 1994, he led Flores & Rucks, Inc. (NYSE: FNR) which was subsequently renamed Ocean Energy Inc. (NYSE: OEI) in 1997. In 2001, Mr. Flores became the Chairman and CEO of Plains Resources Inc. (NYSE: PLX) where, under his leadership, its E&P assets were spun off into Plains Exploration & Production Company (NYSE: PXP) and PLX was taken private in 2004. Mr. Flores served as PXP’s Chairman, CEO, and President when, after more than 10 years of substantial growth, PXP was acquired by Freeport-McMoRan Copper & Gold Inc. (NYSE: FCX), one of the world’s largest publicly traded copper producers, in May 2013. Mr. Flores served as Vice Chairman of FCX and as Chairman and CEO of Freeport-McMoRan Oil & Gas LLC (“FMOG”), a wholly owned subsidiary of FCX, until April 2016. From May 2017 until February 2021, Mr. Flores served as Chairman of the Board, Chief Executive Officer and President of Sable Permian Resources, LLC (“Sable Permian”). Mr. Flores is a member of the National Petroleum Council and he was inducted into the All-American Wildcatters in 1999. He was recognized as the Executive of the Year in 2004 in Oil and Gas Investor magazine. 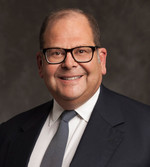 Christopher Sarofim will serve as a Board member upon the closing of this offering. Mr. Sarofim is Vice Chairman of Fayez Sarofim & Co., President of Sarofim International Management Company and a Director of The Sarofim Group. He is a member of Fayez Sarofim & Co.’s Executive, Investment and Finance Committees, a co- manager of the mutual funds that Fayez Sarofim & Co. sub-advises for BNY Mellon and a portfolio manager for a variety of institutional and high net worth clients. Mr. Sarofim joined the firm in 1988 as an associate. 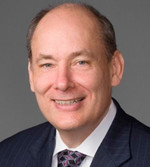 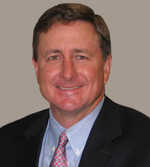 Gregory Pipkin will serve as a Board member upon the closing of this offering. Mr. Pipkin is currently a Senior Managing Director & Co-founder at NRI Energy. Prior to NRI, Mr. Pipkin served as a Managing Director in Barclays Investment Banking division in Houston, Texas. He was also Head of the Upstream Vertical team within the firm’s Natural Resources Group of the Investment Banking Division. After the financial crisis in 2008, Mr. Pipkin and the entire Lehman Brothers Houston office of 40 professionals joined Barclays. He has more than 30 years of experience advising upstream entities in both strategic roles and financing capacities as an underwriter.